Richard III - you can't keep a good king down! 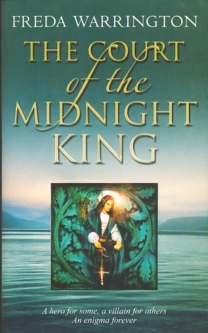 It’s been a very exciting week for those interested in Richard III, whose remains have been discovered beneath a Leicester car park that I must have walked past 100s of times all unknowing. A documentary (on Monday 4th Feb) told the full story – though I could have done with less of the wild-haired presenter and more solid history. That aside, it seems utterly surreal and magical that they found him after all this time – that by sheer luck his grave was beneath an area that could easily be dug up, that they found him so quickly, that they have the advanced technology to prove it’s really him. Spookier still, he turns out – physically at least - to have been so very much as I’d imagined him from portraits and contemporary accounts. Even those ancient fragments managed to convey a pretty accurate impression of the actual man.

Who gets passionate and excited about Henry VII? Er, thought not. Yet King Richard III, for reasons many and mysterious, still excites massive controversy, debate and high emotion. For me, it was Lawrence Olivier’s portrayal of him that first got me hooked – that combination of wickedness, charm and ruthless intelligence was irresistible. Of course, we know that was Shakespeare’s brilliant creative imagination at work and not the plain truth.

Did Richard arrange the murder of his nephews, the ‘Princes in the Tower’? I don’t know. Possibly. While I don’t believe in the Shakespearian villain, I also don’t subscribe to the opposing view that he was an unfairly besmirched, absolute saint of a man. By all accounts, Richard was a good and fair ruler. I believe he was no worse than his contemporaries, and probably better than most. And I believe that his reason for seizing the throne was simple: he wanted to keep it out of the grasping hands of the Woodville family, and in the Plantagenet line, by passing it to his own son. Sadly, his son died in childhood.

Over ten years ago I wrote a novel about Richard, called THE COURT OF THE MIDNIGHT KING. I say ‘about Richard’ but actually it wasn’t that simple. I set the story in an alternative reality slightly askew from this one. I did this so I could explore Richard III from several different angles. Really it wasn’t about HIM in the strictly fact-based, historical sense, but about the fascination he holds for us. What I was trying to say through the novel was that, in the end, no matter what view we take of him, no matter how many historical facts we unearth or how much we speculate, we will still never, ever truly know him. And that’s part of his enduring fascination.

Regardless, the discovery of his skeleton is astounding. I know many historians are only interested in plain facts and sneer at novelistic invention. But surely there’s plenty of room for both – I’m not a historian, but why shouldn’t I delve into the psychological side of Richard’s hold on our imaginations?

I’m thinking maybe it’s time for my novel to make an appearance on Kindle, as soon as time allows…